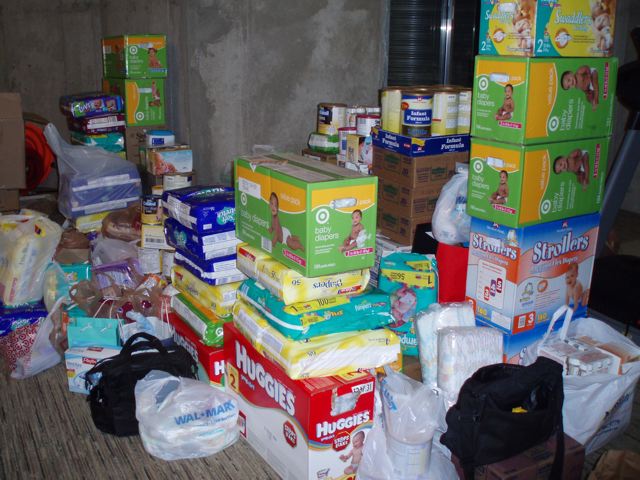 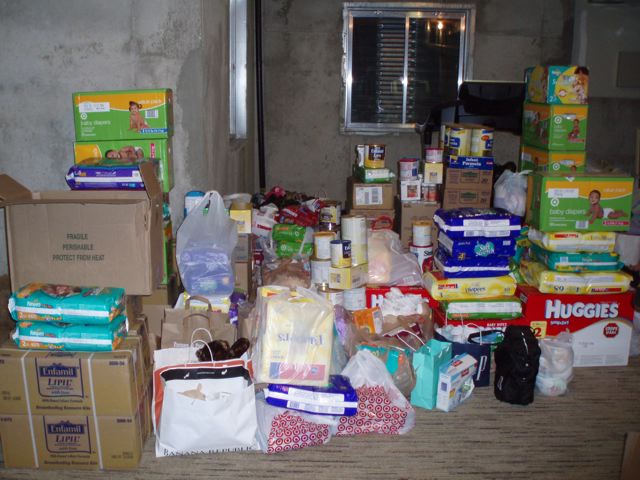 Load Nine in our basement 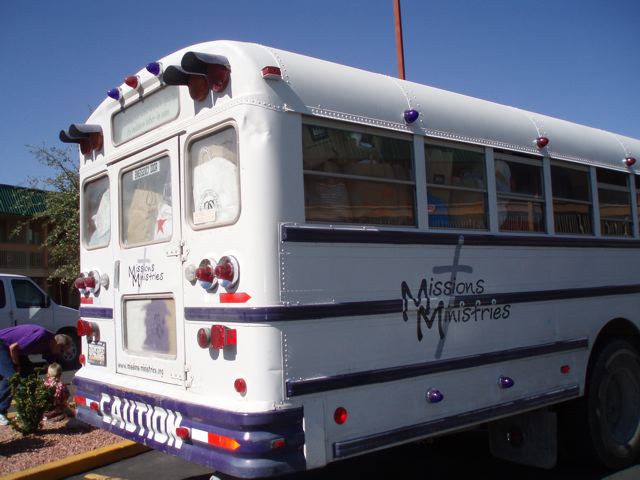 Load Nine in the bus 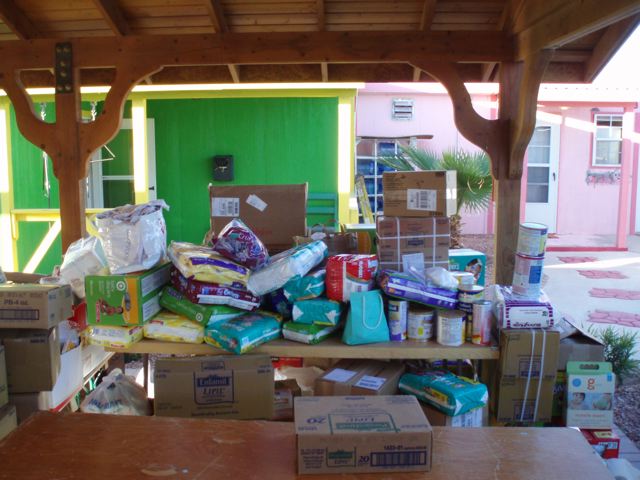 Load Nine at the team center

Load number nine. I honestly don’t even know where to begin.

Last Saturday night our family returned from spending three days in Juarez with an incredible group of people. Our team built two homes, staffed the medical clinic, and held a big food outreach in those few short days. My head is still spinning with everything we were privileged to do and see – and words alone will never adequately tell the story.

The attached pictures show the stack of diapers and formula we took with us. The first two with everything stacked in our basement, the second two with just a portion of the supplies stacked on the bus and then at the team center in Juarez. Thank you so much for what you’ve done to bless these people. The pictures don’t do this load justice – it was absolutely overwhelming to see the huge amount of diapers and formula we collected this last go-round. The support you’ve given this project has been incredible.

The missionaries were so dear to me and invited me to be part of handing out the diapers and formula from load number nine to the pastors in the area. They were in such need that three of the five pastors drove to the team center late the night we arrived with the supplies, hoping for something to distribute to the hungry babies in their neighborhoods. For those new to this project, we send the supplies to the Missions Ministries staff and they get the diapers and formula into the hands of the pastors who then distribute everything to the needy families in their communities. The missionaries also distribute them to the local women’s shelter. In the last year we have sent a huge amount of diapers and formula, and it’s making a real difference to the people in Juarez. I met a woman who told me the supplies we sent literally saved her grandbaby’s life. I got to meet a baby who was the recipient of one of the very first cans of formula we sent. He was sick and in terrible shape, but the formula helped sustain him. Now he’s a healthy one-year-old. (And a happy one at that! What a gift to be able to love on baby Saul last week while he just grinned at me.)

We learned from the missionaries that supplies were so desperately needed (they go through the supplies as quickly as we can send them!) that one pastor’s wife took the only can of formula available and divided it up into packets of 2 tablespoons each and distributed them to the families, hoping to keep the babies alive. I will not forget that story as long as I live. Families unbelievably grateful for two tablespoons of formula! If you think I was passionate about this cause before, gracious, you should see me now! I’ll go door-to-door if that’s what it takes to get supplies to these families.

It’s just so hard to explain their situation. These are very hard-working people, but on average they make less than $1.50 a day and live in terrible poverty. You can imagine how difficult it is to buy diapers and formula making that type of money. Many are single moms who must find work and take care of the kids at the same time with no support to be found. And they are grateful people. You wouldn’t believe the outpouring of emotion when the families for whom we built homes received beds. Many don’t have beds at all, and to receive a new mattress was an incredible gift. Food is so scarce that many live day to day not knowing how they’ll feed their families. The government isn’t designed to help them and they desperately need help. The missionaries reminded us we can’t possibly solve every problem or help every person, but we can do what God puts right in front of us. And I promise you what I’m staring at day after day are the babies of Juarez.

In four weeks we’ll be sending load number ten down to Juarez. Will you consider contributing to this collection or spreading the word to make this the largest shipment yet? I just laid eyes on these babies and the mothers who so dearly love them. My heart breaks when I witness the horrible situation they’re in and feel so desperate to help them.

My head is still spinning, but my heart is filled with gratitude.

Until the next one,
Quinn